The Tradesman’s Entrance…. How Far Have We Really Come? 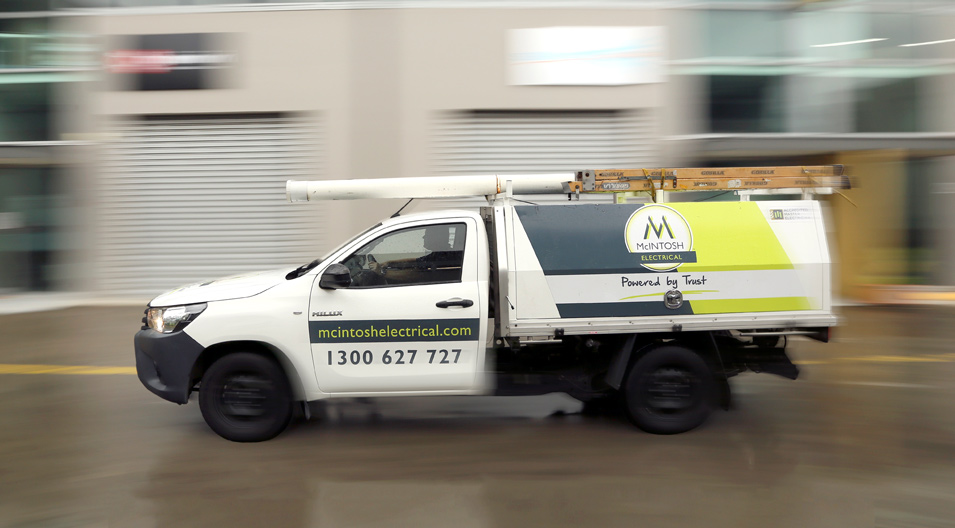 I recently watched an episode of Building Australia with John Doyle on the History Chanel, and they featured an old homestead in outback NSW, that harked back to a bygone era of Australian yesteryear (around the 1930’s). They spent a bit of time discussing the function of the tradesman’s entrance in the house, and how tradesman were viewed and treated. Generally, like second class citizens.

The household owners actively avoided any contact with them, by leaving the cheque or money on a shelf by the tradesman’s entrance. The door itself was narrower and smaller than a normal door, indicating and confirming their inferiority. They were to be seen and not heard, or is that heard and not seen? At any length they were not deemed respectable enough to ring the front doorbell or enter through a normal sized door. Inspired by and now very curious, about this piece of our history, naturally I Googled the meaning of “The Tradesman’s Entrance”, and this is what popped up, straight out of The English Oxford Dictionary:

1. the entrance to a large house used by tradesmen to deliver goods and services; usually at the side or rear of the house

Hmmm…Now I was surprised by Definition No.2, which is a bit rude? mildly amusing? And downright derogatory. Not an affectionate term, which has made its way into the English Oxford Dictionary, albeit as slang. Food for thought.

That episode (and Definition No.2) really got me thinking about where tradesmen sit in the collective Australian psyche in modern day Australia. Are we now friend or foe? Are they good enough to knock on and walk through a regular sized front door? Have we moved on from Definition No.2?

Well the answer is not so simple.

To be fair, tradies have garnered a poor reputation over the decades for good reason. Traditionally they have come from working-class backgrounds, with limited education.

Until only the last two decades, it was expected that teens, who were not doing well at school, would leave early, in some cases as early as year 8, and go straight into paid employment or a trade. With limited social skills, and education under their newly added tool belts, great communicative, insightful and analytical characteristics, were almost non-existent. Instead they came across as rude, unkempt and difficult to deal with. Not surprising, considering their emotional development had been rudely interrupted by leaving our educational institutions too soon. A nurturing environment with many great teachers, role models and mentors to guide them into adulthood.

Instead they were thrust into a world of extremely tough physical and emotional conditions, where their mentors and employers (from similar backgrounds) had little or no patience for failure, and in many cases tormented and mistreated them. Misconstrued as character building, it was really a breeding ground for mental instability and depression. Maybe only now, it’s easier to understand why tradies presented so poorly, and communicated so badly. I’m not implying that all tradies were cast as the villain, and there have definitely been many exceptions to the rule, however, it was a culture of being strong, stoic and sucking it up, which still continues in many trade businesses today. We are however, slowly chipping away at this stigma and culture.

Thankfully, we have evolved, and moved forward with minimum education requirements and viable options for these kids, in the last two decades. Society and Government has recognised the incredible importance of kids completing their education, for both emotional and academic reasons. All apprentices are now required to complete either year 10, and or be a minimum of 17 years old to commence a trade. Many students now also recognise the benefit of, and participate in, TVET Courses (TAFE delivered Vocational Education and Training) available to them. This is dual accreditation course, and basically allows them to complete their HSC whilst earning credits towards their TAFE Course Units. Win, win for the students and prospective employers.

This has made a profound difference in the crucial building blocks for the Modern Tradie. Next Generation Tradies are smart, great communicators, more mature, mentally well adjusted, and more frequently, hail from exclusive private schools. We have to date employed three privately educated apprentices, and an ex school teacher, who simply do not want to spend their working life in an office, and who can blame them? They are naturally inclined to use their practical as well as analytical brain.

Due to the building industry boom and high demand for skilled trades, joining a trade has now also become a lucrative and viable career option, that is no longer looked down upon as a lowly blue-collar career. There are simply not enough kids and adults joining the trade, to fill the demand, which means demand outstrips supply and the salaries increase.

On the flip side of the coin, the more innovative employers (no names mentioned), have recognised the value and tactical benefit of providing great customer service, along with skill, in trade service and installation work. Employing better educated, as well as highly skilled tradies and apprentices, is much more desirable in filling these much-needed qualities and characteristics, and increasing customer loyalty and retention.

The Modern Tradie, although still stoic, but a bit more empathetic and sensitive, now wears many hats, let’s call them S.N.A.T.S (Sensitive New Age Tradies). Interior Designer, Renovation Guru, Confident, Comedian and All-Round Saviour, when home DIY projects go pear shaped. With the rise and rise of Australia’s obsession with renovating, flipping properties, and all renovation shows, #The Block #My House Rules #Selling Houses Australia, just to name a few, the Modern Tradie has been elevated in status, and is more revered than ever. They are now simply viewed as “The Professionals”.

Finding a good S.N.A.T, is like finding a gold nugget, not something you want to lose as soon as you’ve found it. Someone you want to keep by your side, on your phone favourites, always, when tackling any changes or upgrades to your property. Most definitely someone who you would welcome through your front door ….. 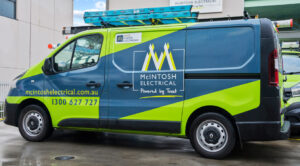 How To Choose The Right Contractor For Electrical Services Previous article 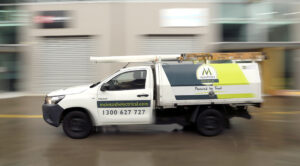 The Tradesman’s Entrance…. How Far Have We Really Come? Next article

Make the right choice every time when you choose McIntosh Electrical.